I’ve talked before about Theo’s CMPA and food intolerances and have previously posted  about it in these posts: CMPA and breastfeeding story and also my dairy free favourites for a CMPA diet. I’m currently cutting out the following from my diet:

Theo also has reflux and has been on Ranitidine for a couple of months. He’s now on the maximum dose for his weight but it’s starting to wear off again… he’s getting the hiccups frequently and being sick about a tablespoon’s worth after each feed. He also seems to gurgle a bit in his throat and swallow down bile throughout the day.

We were waiting for an NHS appointment and it came through a couple of weeks ago for the 1st November. Seriously?? He’ll be over 7 months then and the rate he’s growing the medication will have long since stopped working! Not to mention that leaves me with no support on what foods to try him with in terms of allergies and intolerances.

Weaning is meant to help with reflux so we started that but it hasn’t helped. On top of that, something I’d given him (possibly avocado) brought out an allergy rash and gave him a bad tummy. Enough was enough. I’m lucky enough to have private medical insurance with my job and I’d added Theo on so I bit the bullet and got in touch with them and got an appointment with the same doctor that I’d be seeing in November for the following day! (There’s something seriously wrong here but I’m not getting into politics.)

So off we went to The Spire, a private hospital. First off Theo was weighed and measured by a nurse (9.1kg and 71.5 cm). Then we went in to see the doctor.

He asked me to explain why we were there and I must admit I started babbling. I tried to recount the entire sequence of events from the diagnosis of CMPA/CMPI at 6 weeks to the blood in his stools and screaming fits from eggs to the bad wind from wheat/beef right up to present day troubles.

I wish I had been more prepared and gone into the appointment with an outcome in mind. As it was, I went in just wanting to be taken seriously and to get some help for Theo. The doctor listened but didn’t really give much away. I came away a little disappointed. Once again I was told because he’s putting on weight and is very interactive he’s thriving. That’s nice to hear but it doesn’t help when he’s suffering. I don’t feel like I’m taken seriously which is a running theme for me recently with doctors, I’ll write my birth story soon which has a heavy dose of not being believed while I was in excruciating pain!

What I really wanted was to know what else he was allergic to so I could avoid it. Instead I was told that allergy tests are unreliable and that I should try reintroducing wheat and dairy. This feels really counterproductive, particularly the dairy as it was definitely the issue. I got the distinct impression though that unless I play ball there will be no further help.

The doctor advised me to first introduce dairy back into my own diet for a week so that it would start to pass to Theo through breast milk. If there was no reaction after a week I have to start to give him regular formula, first just a bit on the end of my finger and then increasing amounts each day. If he’s ok with that for a week then I have to try and introduce wheat to him directly.

If he doesn’t react then great, obviously I don’t want him to have these intolerances, but I’m not holding out much hope. I’m going to feel really awful if he has a reaction, whether it’s on doctor’s orders or not. We have to go back and see him again after four weeks and he did give me his mobile number in case we have any problems in the meantime which I thought was really nice of him.

It does feel a little like he doesn’t believe us, everyone else I’ve spoken to has had to reintroduce milk via the milk ladder and not in such a haphazard way. I’m hoping that as it’s been so long since Theo has had dairy his stomach has matured enough to cope with it, if not it’s going to be awful and I’m going to feel so incredibly guilty. All I can do is try though.

Day one of dairy has started today, I’ll keep you posted on progress! If you’ve had any experiences with food intolerances and allergies I’d love to hear from, leave me a comment below! 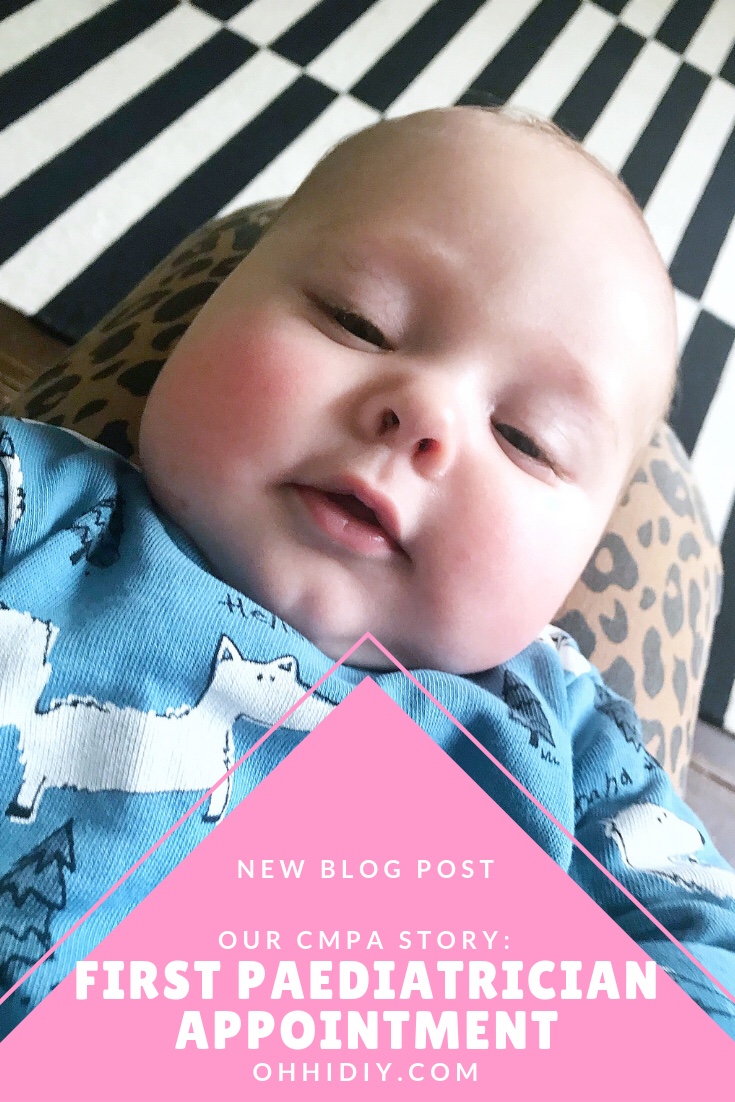