I know, I know, I’m posting Theo’s 8 Month Baby Update really late! He’s 9 months old in 4 days!  Even though it’s late it’s all still true and relevant and it sets the scene for the 9 month baby update, which let me tell you, is eventful!! 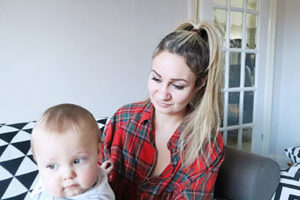 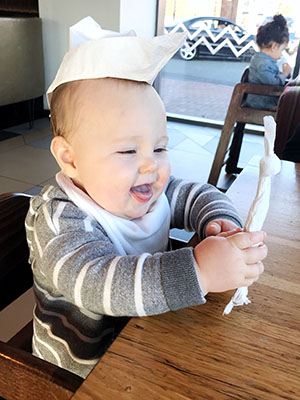 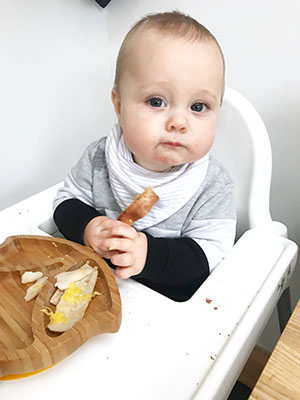 Theo is still breastfed four times in the day and then throughout the night as needed. In terms of food I’ve stopped blending his food and instead use a potato masher for his veg etc so his food it quite lumpy but still softish.

I’m still trying to keep finger food interesting for him. This month I’ve introduced him to porridge fingers (click for the recipe), tortilla wraps, hoummous, rice and nectarines. 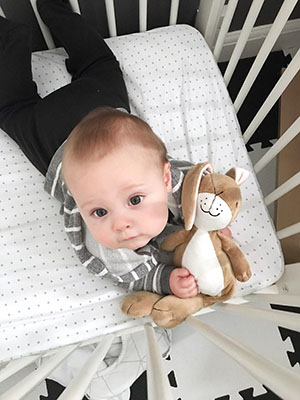 Still no teeth! His gums are still hard and he’s dribbling and chewing as usual but no sign of those elusive peggies! 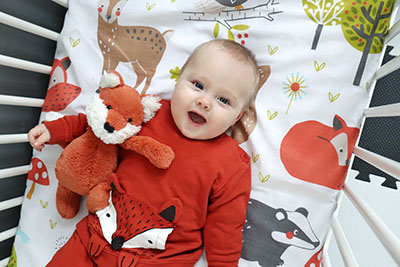 Since the sleep training last month things have improved so much! He goes to sleep on his own after a couple of minutes with no crying and he’s only wakes up once usually for a feed and then sleeps to between 7am and 8am. He slept through the night once but I’m not complaining because this is so much better than every 90 minutes or two hours like it was before. I’m sure eventually he’ll sleep through but I’m getting decent chunks of sleep so I’ll take it!

That’s all I’ve got to report for my eight month baby update but keep your eyes peeled for the next one (in less than a month – doh!). So much has happened in the eighth month you won’t want to miss it!

Was your baby’s development at eight months old similar to Theo’s? I’d love to know how he compares to other babies. Leave me a comment below!

Snooze Shade Review: A Must-Have for Hot Weather & Holidays with a Newborn