As it turns out, being a maker, baker, full time employee, girlfriend and friend means that there isn’t as much time for blog posts as I would like! After a hectic week I’m back in the saddle though with a recipe for a cheesecake that I made last weekend. This one was another request from my boyfriend (give in once and they start taking liberties…) but it turned out pretty tasty so it’s a good one for sharing and surprisingly, it isn’t too rich and doesn’t leave you feeling heavy. 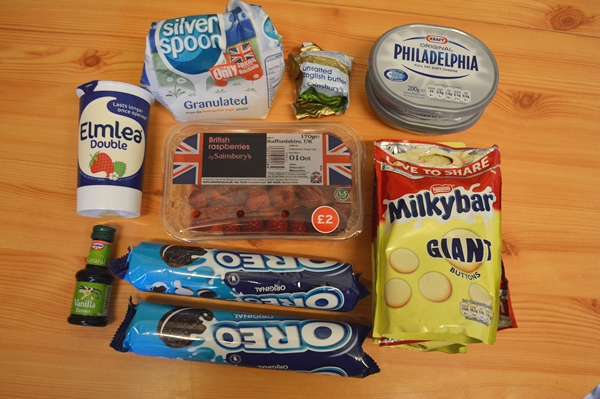 1. Seperate the Oreos and set the fillings to one side.

2. Put the biscuits is a food processor and blitz until smooth. If you don’t have a food processor you can put them into a freezer bag and bash them with a rolling pin, it’s a great stress reliever! Melt the butter in a saucepan and then mix with the crumbs. Press into the base of the foil lined tin evenly and then pop into the fridge to chill. 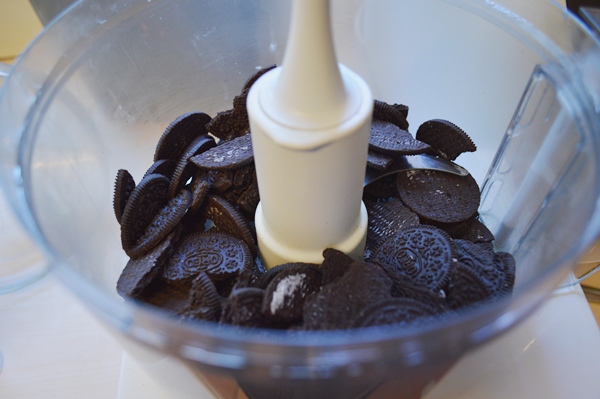 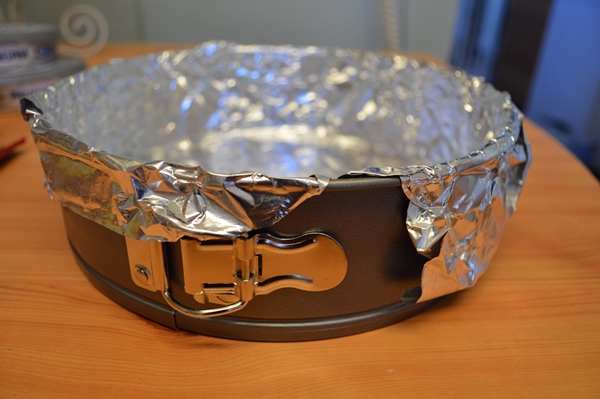 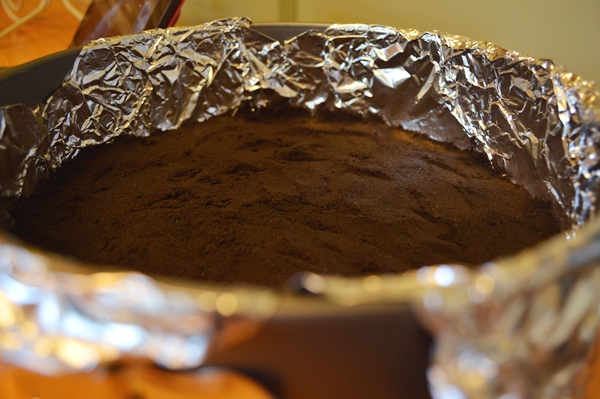 3. Blend the raspberries to a paste and then press through a fine sieve into a saucepan. Whisk in the granulated sugar and bring to the boil. Remove from the heat and pour into a jug. 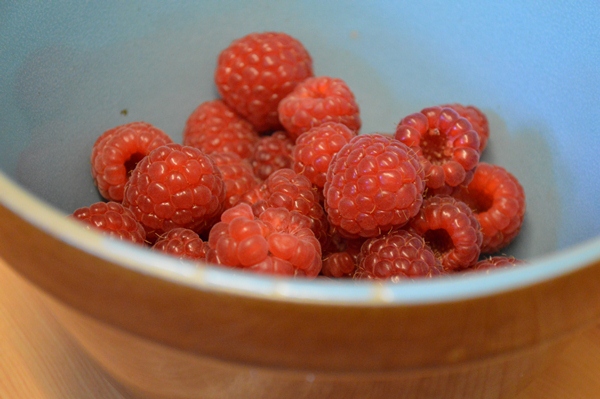 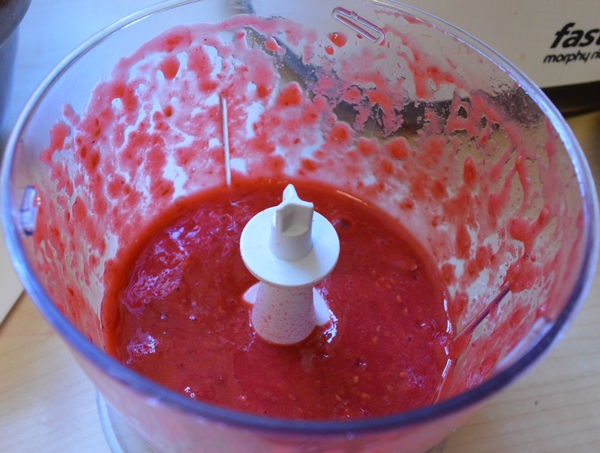 4. Beat the cream, Philadelphia cream cheese, Oreo centres and vanilla essence together. I did this with a paddle attachment in my electric mixer on med-slow speed but this can just as easily be done by hand with a wooden spoon. 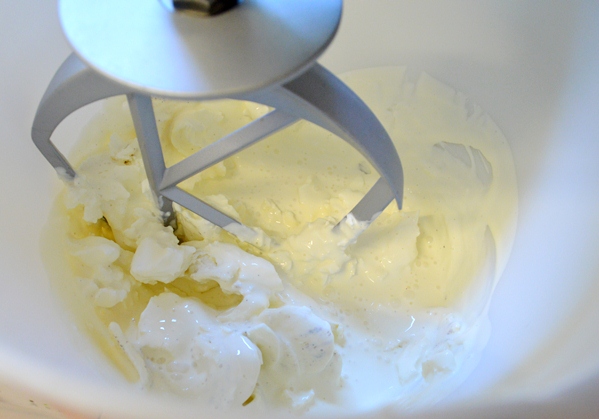 5. Melt the chocolate in a bowl over a saucepan of boiling water (I find that this way is more reliable than using the microwave). Mix the chocolate into the creamed ingredients. Pour onto the chilled base and smoot out in the tin. 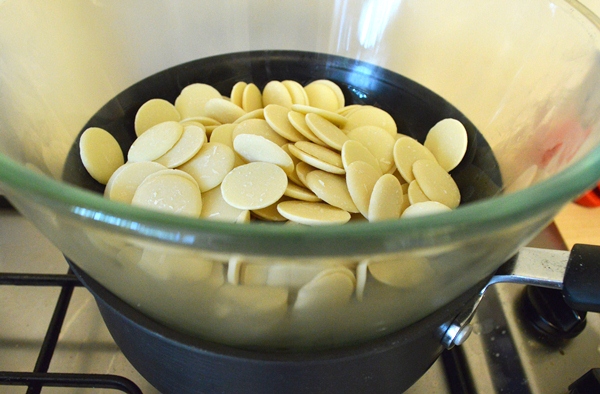 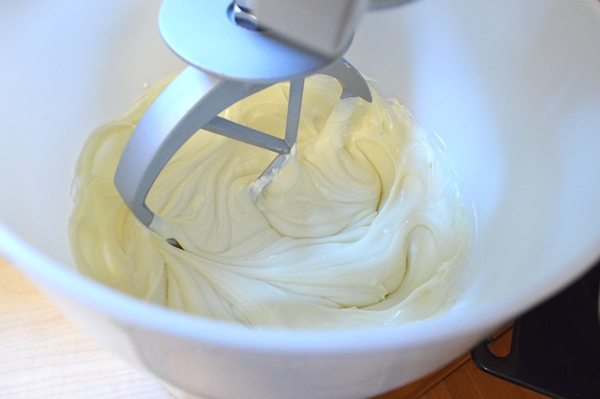 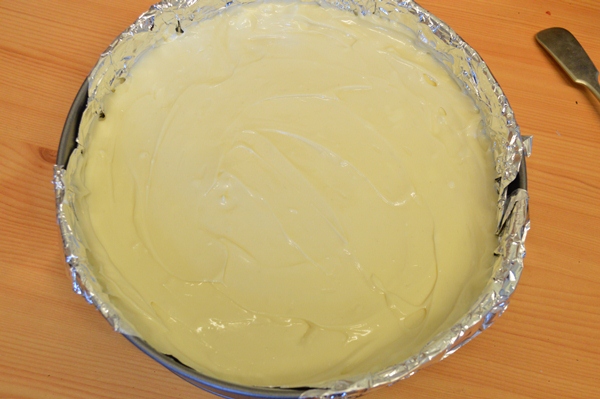 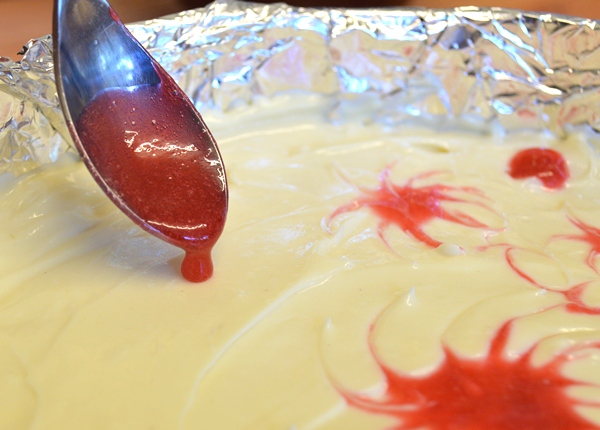 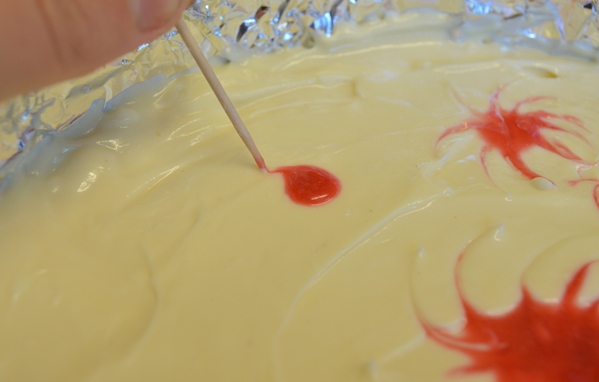 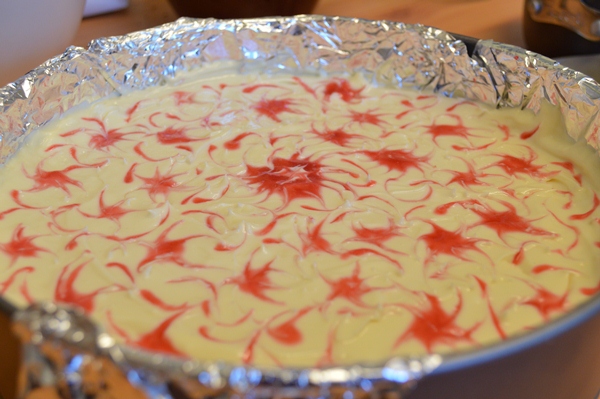 7. Place in the fridge for at least 3 hours to firm up. Serve with the raspberry juice as an optional sauce. 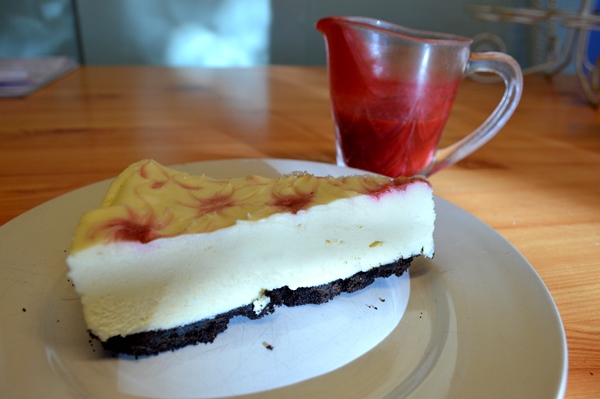