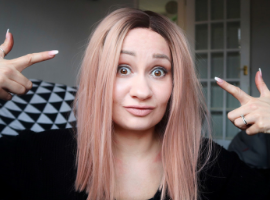 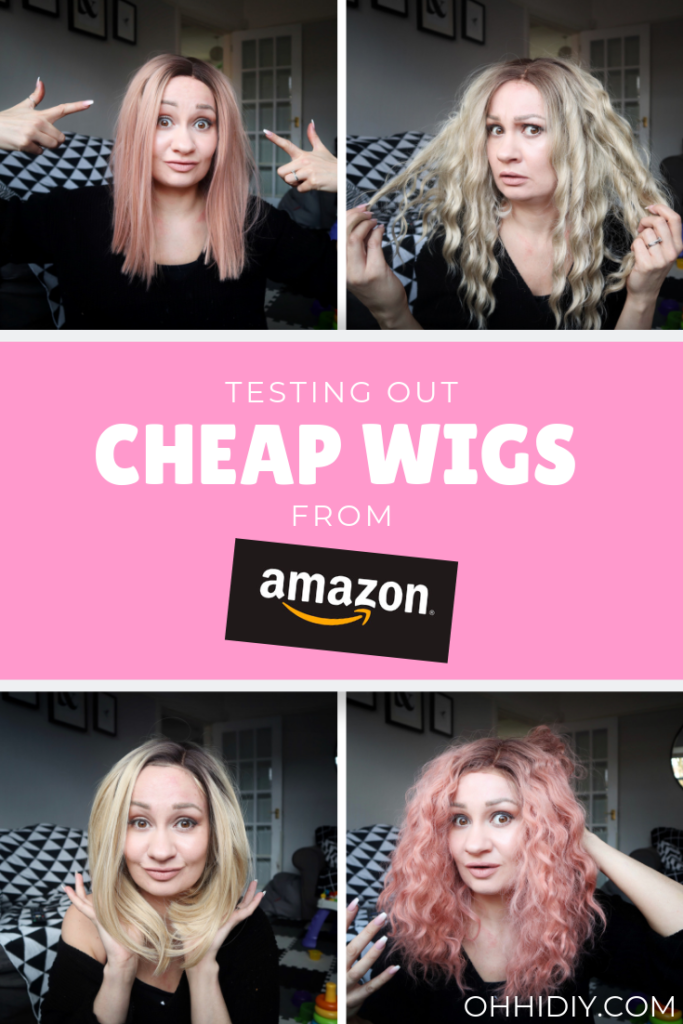 My hair just isn’t where I want it to be at the minute, I fancied a change but it’s hard to decide what to go for and be brave enough to go for a bright colour. I’ve been watching a lot of Ru Paul’s Drag Race recently and they wear amazing lace front wigs and I watched a few YouTube videos from vloggers who’ve tried these Amazon wigs before and they looked fab so I thought I’d try it myself. I will say that I was sceptical because fashion & beauty bloggers are stunning so it’s not hard to make something mediocre look beautiful. I’m ordinary looking so didn’t think the effect would be quite the same…

You can watch my vlog of trying on cheap Amazon wigs below or scroll down for a written review of each wig along with their details and links.

I’m starting with the worst one. This was less wavy and more like dreadlocks. It did look quite natural but almost as if my hair was in bad condition. I could just have my own hair out if I wanted that effect! (My hair isn’t actually in bad shape so not ideal that it’s better than the wig!) It was also asymmetric and longer at the front. If I liked it I’d have definitely cut those bits off.

I shouldn’t like this but I really, really do! The hairline is great, it already has some baby hairs done for you. The colour is quite warm and peachy rather than a cool pink but it is multifaceted so it doesn’t have that traditional wig look. The hair isn’t artificially shiny either so it looks really natural. It is though, significantly bigger than it looks in the picture. It’s a full on perm situation! I’m not sure if I’d be brave enough to ever wear this anywhere other than in the house but I’ve already unpacked it twice because I can’t bring myself to return it!

This one felt lovely as soon as I got it out the packet. It was very full and silky and looked great. I hadn’t realised from the photo that it’s another asymmetric one (you can tell if you look closely but it’s not thar obvious). I’m not a big fan of asymmetric hair styles so this one wasn’t for me right off the bat. The colour is nice, both the roots and the blonde are multifaceted. It is quite shiny though so would definitely need powdering. It’s also heat resistant so can be styled. It was quite a bit shorter at the back than the front, more like a short bob.

I’ve saved the best for last! I bloody love this wig! I was worried it was going to be the same unit as the last one but thankfully it isn’t. It’s lovely and straight and lies flat to the head. It’s graduated again so is longer at the front but it’s not a harsh graduation. The colour is to die for (or to dye for)! It’s a cool pink with lots of different tones and looks beautifully natural. I’m so impressed with it! Under electric lights the wig does look pretty shiny so needs powdering but it really is beautiful. The hairline looks pretty good as it comes but you could customise it up to make it even better. I honestly can’t recommend this one enough!

That’s all for now but I definitely think I’ll be doing another of these videos, it was the most fun I’ve had filming so far! I hope you enjoy it, let me know which wig is your favourite! 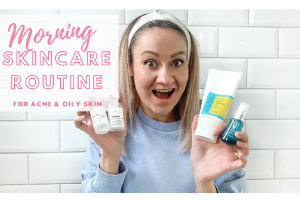 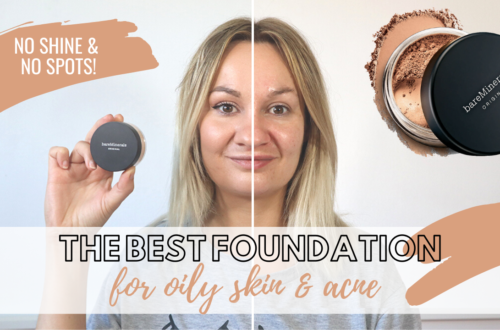